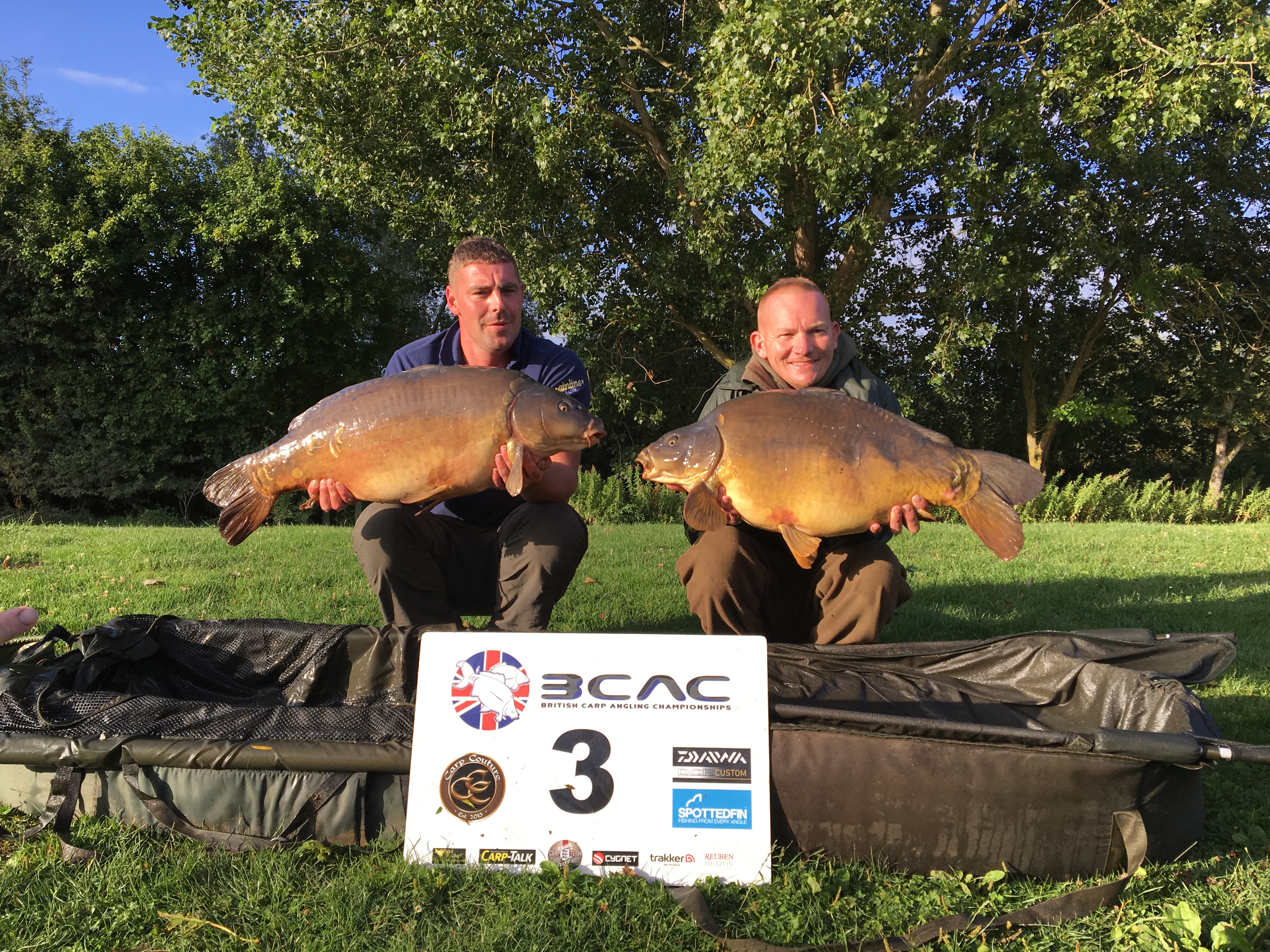 This year the Semi Finals will follow a different format: they will all be sectioned.

Semi Finals B and D will be sectioned into 4 sections of 3 pairs with the first pair in each section qualifying for the Final.

Linear began the carp stocking of this water in 2005 and with the latest stocking from our own ponds we now estimate the carp stock to be over 1,800 fish. A high percentage of the fish stocked have been commons, fully scaled and linear scaled all of which are maturing rapidly and already Brasenose Two is starting to rival its sister lake Brasenose One as a runs-water. In recent years many more anglers began to enjoy some remarkable multiple captures and a high percentage of these fish included twenties.

Glorious spring sunshine greeted the competitors to Linear Fisheries B2 on the morning of the competition. A very popular venue which hosted the semi-finals last year, it was no surprise that a very strong field had entered. The match was sectioned with 3 sections of 4 pairs and only the top pair from each section would advance.

With the draw complete the anglers made for their swims and all were eagerly awaiting the hooter for the “all in”. Within 20 secs of casting out it was Mainlines Londers/Flowers who had the 1st fish. The fish were clearly shoaled up in front of the England aces and it wasn’t long before they amassed a large weight which included a 30lb & 35lb Mirrors. Lamb/Byford across the way in B4 were matching them for bites, but were hampered by a snag that repeatedly cut them off (snag reported to Linear).

Down in C section it was Crowder/Bruce fishing the shallows in C3 that saw 6 fish grace the bank during the first afternoon. The rest of C section was quiet despite the other pairings efforts. As darkness fell over the complex the sound of buzzers silenced as the fish appeared to move out from B section. Crowder/Bruce had another 6 during the night before the fish moved out during the morning spell.

The weather was again warm and sunny on the Saturday and now the fish could be clearly seen in the bowl area of B2, smack bang in the middle of A section. The day passed by with only the odd fishing coming out. Ratcliffe/West in A2 had landed 4 fish whilst the rest of A section were all on 1 fish. As the Sun began to set that’s when things really got interesting in A section. Sallis/Roberts enjoyed a fruitful hour landing 5 carp in quick succession as Ratcliffe/West also caught.  Gardner/Knights in A3 also got amongst the action and were landing a better stamp of fish which was keeping them in contention.

The final morning saw conditions change considerably, a cold northerly wind now greeted the angers and it was overcast. Only 16lb separated A2 from A3 & A4. The morning battle raged on between Ratcliffe/West & Gardner/Knights who were toe to toe until the final hooter. Sallis/Roberts had a 28lb Carp to again get them within touching distance of the section leaders and with only an hour to go 15lb separated the three pairs.

30mins to go and both Ratcliffe/West & Gardner/Knights were in again and the gap was only 21lb. The next fish caught would potentially win the section. With only a minute to go it was Ratcliffe/West who had the last bite and cemented victory in A section. Gardner/Knights battled till the final hooter and even had a bite 1 minute afterwards.